Aside from serving up some of the best burgers in the country, In-N-Out Burger has also become known for not necessarily “fast” food service.

Whether it’s attributed to top-notch quality control or that so many people seem to just love the place, In-N-Out customers have become accustomed to waiting a lot longer for that Double-Double or “animal-style” fries than in most other fast food restaurants.

With only around 250 locations in the western United States, long lines are typical at any one of them. So, if you don’t want to wait, which In-N-Out Burger should you try to avoid? The company isn’t too keen on releasing information on which locations are the busiest and slowest of them all, but for some customers, the choice is obvious.

In no particular order, here are the three busiest and slowest In-N-Out Burger locations in the country.

There’s a dozen In-N-Out locations in the Las Vegas area alone, but the one on Tropicana, west of the Interstate 15 freeway and the Strip is arguably one of the busiest. 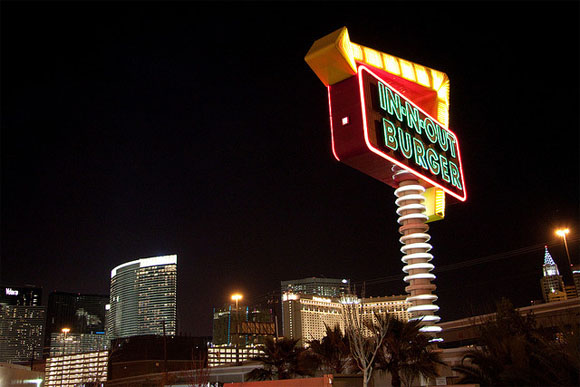 What makes this In-N-Out so popular? Simply put, it’s all about the location. You just can’t miss the huge neon sign. While it isn’t on Las Vegas Boulevard, it’s close and undoubtedly gets tons of traffic from the 15 freeway.

To top it all off, the location is also home to one of just two of the company stores (the other one is in Baldwin Park, CA, where the restaurant was founded). There, you can buy In-N-Out shirts and other apparel.

The In-N-Out in Auburn, California is just about always packed. What makes this location particularly busy? Again, it’s the location.

This one is conveniently situated on Grass Valley Highway, north of the 80 freeway. Locals say that this location is constantly busy, so while you should expect exceptional service just like at any In-N-Out, it’s usually very slow.

There also isn’t another location for miles. The closest would be the one in Roseville, on Taylor Rd.

Finally, there’s the Barstow, CA location. Located on Lenwood, just east of the 15 freeway, this one is heavily frequented by traffic heading to and from Vegas. Customers say that while this In-N-Out is usually packed, the restaurant itself is huge and well-staffed to handle the throngs of hungry travelers. 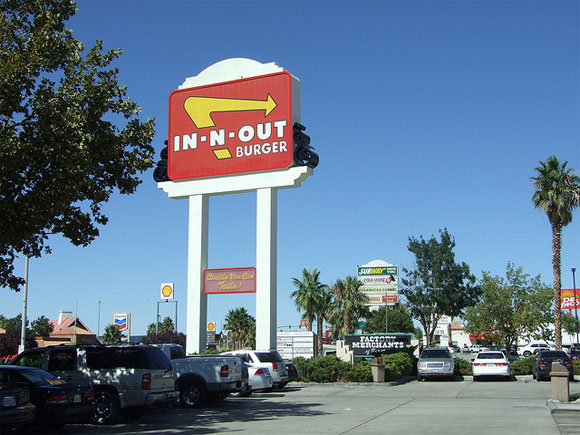 Like the Auburn location, there’s not another In-N-Out for miles around. The closest would be the one in Victorville.

Which In-N-Out Burger do you think is the slowest or busiest? If you’ve eaten at any of these locations, what was your experience like? Be sure to let us know in the comments below.