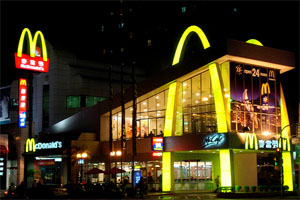 Just where is the world’s busiest McDonald’s?

Out of all of the chain’s thousands and thousands of restaurants, which one gets the most business? It’s not in the United States, where the company was founded and its headquarters are located. It’s actually in Russia.

There’s more than 200 McDonald’s outlets in Russia, but the one in Pushkin Square in Moscow holds the distinction as being the busiest in the world.

Pushkin Square is one of the busiest city squares in Russia and all the world. The McDonald’s location there was the first outlet to open in the country on January 31, 1990, months before the Soviet Union collapsed. While the company isn’t too keen on releasing numbers, the outlet is believed to serve over 40,000 people every single day. 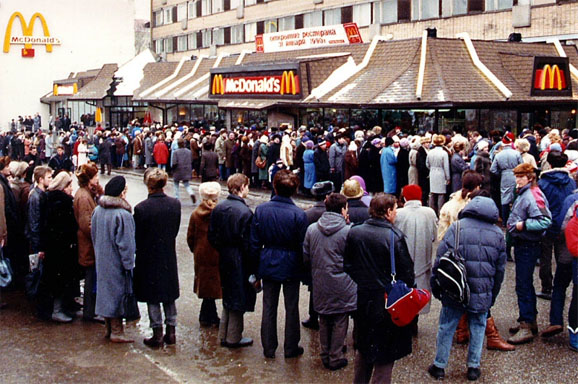 Why Russia? On average, the McDonald’s locations in Russia are actually twice as busy as those in the United States, according to The New York Times. The chain’s Russian restaurants serve about 850,000 visitors per site every year, compared to 400,000 in the U.S.

Take a look at how long the line was when the Golden Arches first came to Russia with the Pushkin Square outlet:

Just recently, McDonald’s celebrated its 20th anniversary of its successful business in Russia. The company continues to thrive in the country and plans on expanding and upgrading operations, with 45 new stores opening in Russia just this year.

Have you been to the McDonald’s Pushkin Square in Moscow? What was your experience like?

Also, what do you think are some of the busiest locations? Be sure to let us know in the comments below.