Just where is the busiest freeway in North America?

While the United States may have the largest road network in the world, the title of the busiest freeway on the continent belongs to their neighbors up north in Canada with its Ontario Highway 401.

Known as King’s Highway 401, the freeway also goes by its official name of the Macdonald–Cartier Freeway. A 400-Series Highway in the Canadian province of Ontario, the 401 stretches from Windsor to the Quebec border. The segment of Highway 401 passing through Toronto is not only the busiest highway in North America but also one of the widest and busiest in the world.

So, what makes this freeway so busy? According to a report from the Federal Highway Administration, the annual average daily traffic (AADT) count between Weston Road and Highway 400 in Toronto was estimated at 431,900. On some days, the number exceeds 500,000 vehicles. 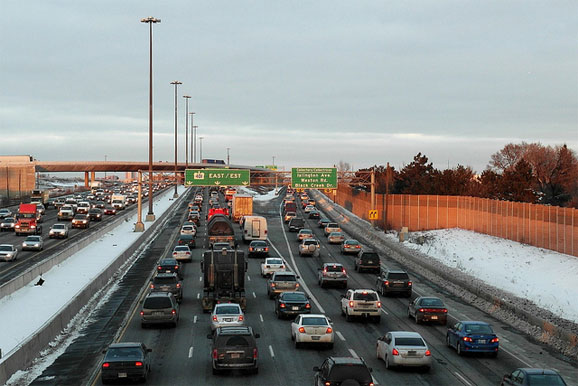 Those stats make the 401 the the busiest roadway in North America, surpassing those in the U.S., including the Santa Monica Freeway in Los Angeles, Interstate 10 (I-10) in Houston, and I-75 in Atlanta.

Have you driven on Ontario Highway 401? What was your experience like? Be sure to let us know in the comments below.