Theme parks around the world are getting ready for the throngs of visitors expected this summer. The summer season is typically one of the most crowded times of the year for theme and amusement parks everywhere, but which ones are the busiest?

Theme parks are some of the most visited travel destinations, attracting millions of visitors every year. Don’t be surprised to run into big crowds and long lines at these popular tourist spots.

Based on annual attendance figures from the Themed Entertainment Association (TEA) and AECOM, here’s the list of the top ten busiest theme parks in the world.

Everland is the largest theme park in South Korea. Along with its main attractions, the park also includes a zoo and a water park known as Caribbean Bay. Everland is operated by Samsung Everland, which is a subsidiary of the Samsung Group.

Similar to the Universal Orlando Resort in Florida, Universal Studios Japan attracts millions of Japanese tourists, as well as visitors from other Asian countries such as Taiwan, Hong Kong, and South Korea. When the park opened in 2001, 11 million guests entered its gates in just its first year of operation.

Disney’s Hollywood Studios is themed around show business, drawing inspiration from the heyday of Hollywood in the 1930s and 1940s. 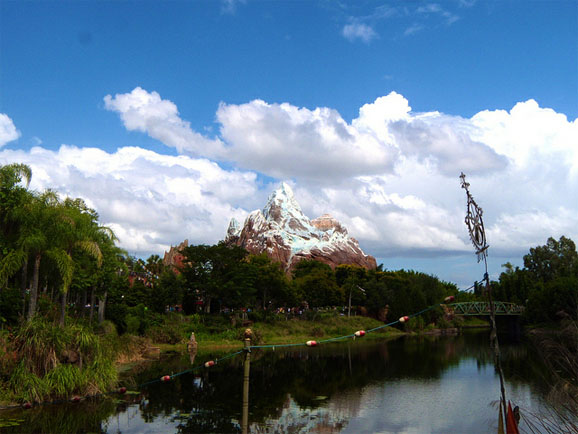 Disney’s Animal Kingdom is more than just a zoo. Located at the Walt Disney World Resort, it’s the largest single Disney theme park in the world. The park is entirely themed around animal conservation.

Disneyland Park is located at the Disneyland Paris resort complex just outside of the City of Light. The theme park’s layout and attractions are similar to Disneyland in California and the Magic Kingdom in Florida. It’s the largest Disney park based on the original.

Epcot is a theme park dedicated to the celebration of human achievement, namely international culture and technological innovation. If you’re wondering where they got the name from, EPCOT is an acronym of Experimental Prototype Community of Tomorrow. 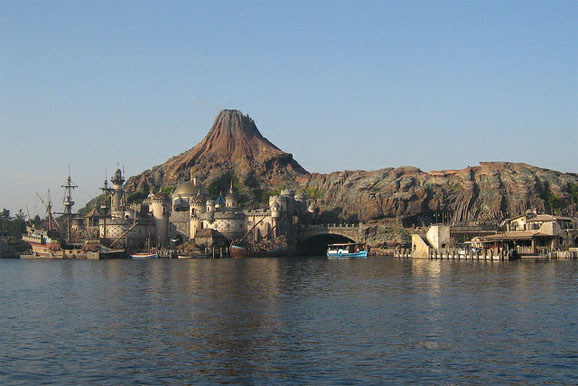 Part of the Tokyo Disney Resort, DisneySea is based on nautical exploration and adventure. At an estimated cost of $4 billion, it’s the most expensive theme park ever built. The park attracted a record of 10 million guests in only 307 days after its grand opening.

Ranked as the third most visited theme park in the world, Tokyo Disneyland is located at the Tokyo Disney Resort. It was built in the same style as Disneyland and the Magic Kingdom in the United States and features extensive open spaces to accommodate the large crowds. 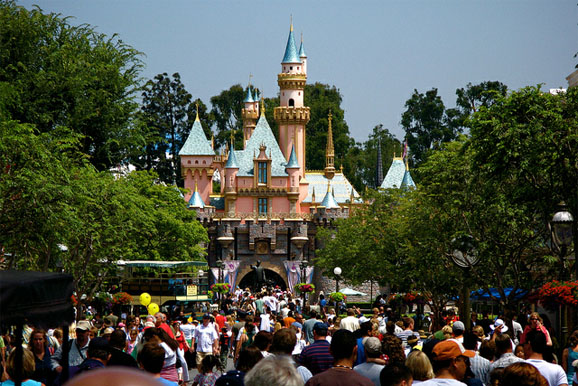 The original Disneyland holds the distinction of having the largest cumulative theme park attendance in the world, with almost 600 million guests since it opened. More people have walked through Disneyland’s turnstiles then any other park on the planet.

Be sure to check out the Disneyland Crowd Calendar before visiting.

The theme parks at Walt Disney World are undoubtedly busy places. All four of the resort’s parks do in fact make the cut of the top 10 busiest worldwide. Magic Kingdom easily takes the crown as the most visited theme park in the world, with almost 17 million guests each year.

Did your favorite theme park make the list? Which ones do you think are busiest? Let us know in the comments below.