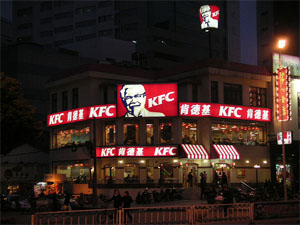 Where do you think the busiest KFC is located?

While Colonel Sanders is popular here in the United States, it’s nowhere near as popular as it is in China. Kentucky Fried Chicken has more than 3,000 locations across 500 cities in China alone, where it dominates other western chains of fast restaurants like McDonald’s.

With that said, it’s really no wonder why the company’s most successful KFC location is located in China. The Beijing Railway Station KFC holds the distinction as being the busiest in the world.

What makes this location so busy? It’s simply all about its location. Beijing Railway Station is an important hub for the entire nation’s railway transportation system. 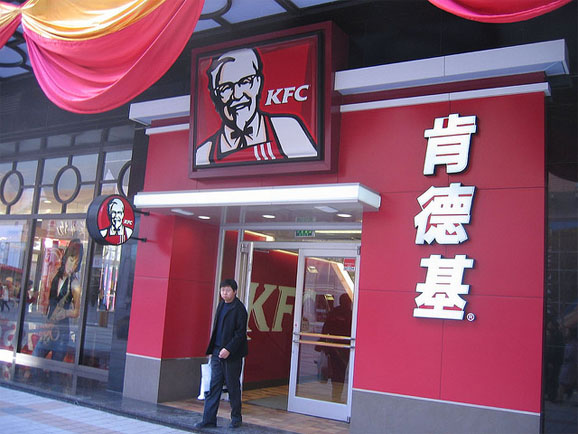 Why is the fast chain so popular in China? Analysts say that the company has done an impressive job catering to Chinese tastes. The menus at KFC restaurants in the U.S. are far different from those in China. There’s still their famous fried chicken, but other food offerings include traditional dishes like Beijing Chicken Roll (à la Beijing Duck) and Spicy Diced Chicken.

So, the next time you’re in China and find yourself craving a Double Down sandwich, don’t expect to find it at any of the Chinese locations.

Where do you think are some of the busiest KFC locations? We’ve heard of the one at Port of Spain in Trinidad and Tobago as being particularly busy, too.

KFC doesn’t release any specifics or information on which locations are officially the busiest, so we’d love to hear what you think. Just let us know in the comments below.