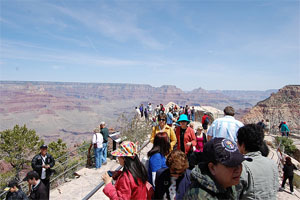 While the National Parks of the United States are natural treasures, they’re also very popular tourist destinations, attracting millions of people every year.

Covering millions of acres throughout the country, there’s a total of 58 protected areas known as national parks. Some are more famous than others, but all of them have their own special and unique attractions, making them some of the most truly amazing places on earth.

As the Roosevelt Arch at Yellowstone reads, “For the Benefit and Enjoyment of the People.”

Which parks are the most visited? Let’s take a look at the list top ten busiest national parks in America.

Part of Waterton Glacier International Peace Park, this park has 26 remaining glaciers and 130 named lakes under the tall Rocky Mountain peaks. There are historic hotels and a landmark road in this region of rapidly receding glaciers. These mountains, formed by an overthrust, have the world’s best sedimentary fossils from the Proterozoic era.

This park along the Cuyahoga River has waterfalls, hills, trails, and displays about early rural living. The Ohio and Erie Canal Towpath Trail follows the Ohio and Erie Canal, where mules towed canal boats. The park has numerous historic homes, bridges, and structures. 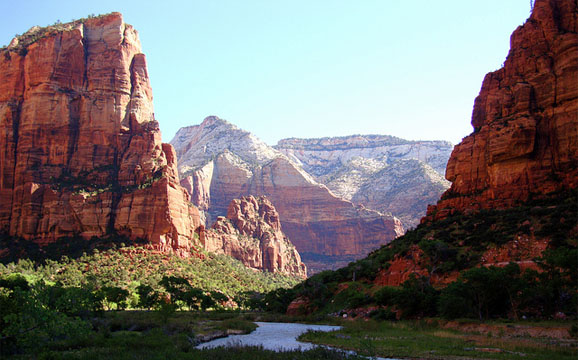 This geologically unique area has colorful sandstone canyons, high plateaus, and rock towers. Natural arches and exposed formations of the Colorado Plateau make up a large wilderness of four ecosystems.

Grand Teton is the tallest mountain in the Teton Range. The park’s Jackson Hole valley and reflective piedmont lakes contrast with the tall mountains, which abruptly rise from the glacial sage-covered valley.

This section of the Rocky Mountains has ecosystems varying in elevation from the over 150 riparian lakes to Montane and subalpine forests to the alpine tundra. Large wildlife including mule deer, bighorn sheep, black bears, and cougars inhabit these igneous mountains and glacier valleys. The fourteener Longs Peak and Bear Lake are popular destinations. 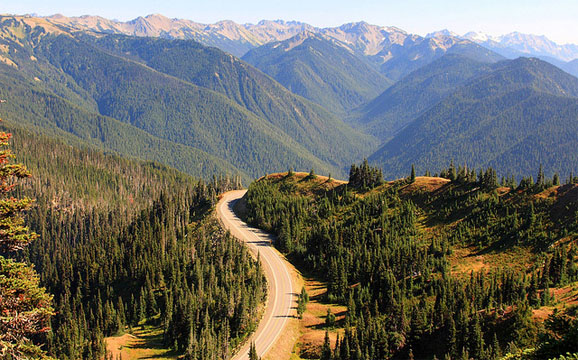 Situated on the Olympic Peninsula, this park ranges from Pacific shoreline with tide pools to temperate rainforests to Mount Olympus. The glaciated Olympic Mountains overlook the Hoh Rain Forest and Quinault Rain Forest, the wettest area of the continental United States.

Situated on the Yellowstone Caldera, the first national park in the world has vast geothermal areas such as hot springs and geysers, the best-known being Old Faithful and Grand Prismatic Spring. The yellow-hued Grand Canyon of the Yellowstone River has numerous waterfalls, and four mountain ranges run through the park. There are almost 60 mammal species, including the gray wolf, grizzly bear, lynx, bison, and elk.

Yosemite has towering cliffs, waterfalls, and sequoias in a diverse area of geology and hydrology. Half Dome and El Capitan rise from the central glacier-formed Yosemite Valley, as does Yosemite Falls, North America’s tallest waterfall. Three Giant Sequoia groves and vast wilderness are home to diverse wildlife.

Check out When Is Yosemite National Park Least Crowded? 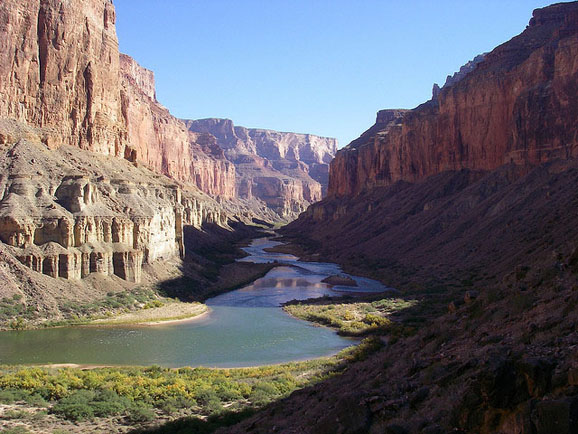 The Grand Canyon, carved out by the Colorado River, is 277 miles (446 km) long, up to 1 mile (1.6 km) deep, and up to 15 miles (24 km) wide. Millions of years of exposure has formed colorful layers of the Colorado Plateau in mesas and canyon walls.

The Great Smoky Mountains, part of the Appalachian Mountains, have a wide range of elevations, making them home to over 400 vertebrate species, 100 tree species, and 5000 plant species. Hiking is the park’s main attraction, with over 800 miles (1,300 km) of trails, including 70 miles (110 km) of the Appalachian Trail. Other activities are fishing, horseback riding, and visiting some of nearly 80 historic structures.

Did your favorite National Park make the list? Which ones do you think are busiest? Let us know in the comments below.