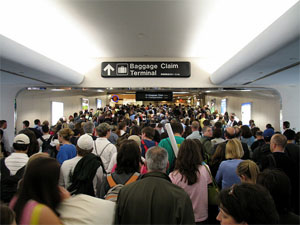 We all know that airports can be some of the most hectic places around, but which ones are the busiest?

Airports Council International and British Airports Authority (BAA) release data each year on every airport’s traffic numbers. The busiest airports are measured by the total number of passengers, with one passenger being someone who arrives in, departs from, or transfers through the airport on a given day.

There’s no doubt that some airports are better than others when it comes to lines, traffic, parking, and crowds to deal with. Which ones should you try to avoid when booking that next flight?

Based on the annual figures, here’s the list of the top 10 busiest airports in the United States of America.

San Francisco International Airport (IATA: SFO, ICAO: KSFO, FAA LID: SFO) is a major international airport located 13 miles south of downtown San Francisco, California, United States, adjacent to the cities of Millbrae and San Bruno in unincorporated San Mateo County. It is often referred to as SFO. The airport has flights to destinations throughout North America and is a major gateway to Europe, Asia, and Australasia. 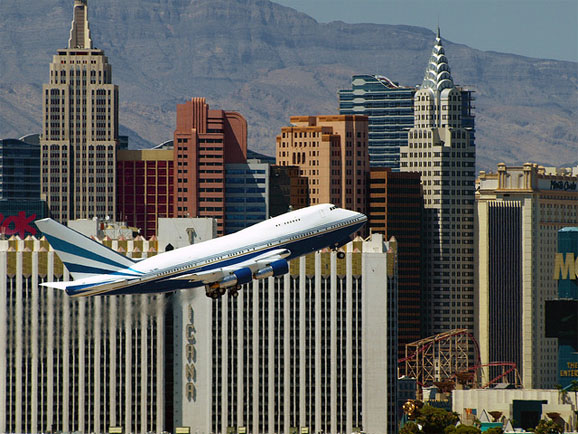 John F. Kennedy International Airport (IATA: JFK, ICAO: KJFK, FAA LID: JFK) is an international airport located in Queens County, on Long Island, in southeastern New York City. The airport is approximately 12 miles from Lower Manhattan. It is the busiest international air passenger gateway to the United States. It is also the leading freight gateway to the country by value of shipments. In 2009, the airport handled 45,915,069 passengers, making it the 12th busiest airport in the world by this measure. 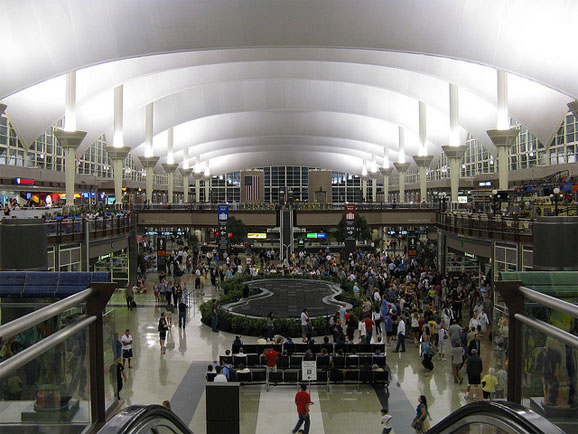 Dallas/Fort Worth International Airport (IATA: DFW, ICAO: KDFW, FAA LID: DFW) is located between the cities of Dallas and Fort Worth, Texas, and (at least as of 2007) is the busiest airport in the U.S. state of Texas. It generally serves the larger Dallas–Fort Worth metropolitan area, with carriers providing regional, national and international flights.

Los Angeles International Airport (IATA: LAX, ICAO: KLAX, FAA LID: LAX) is the primary airport serving Los Angeles, California, the second-most populated metropolitan area of the United States. It is most often referred to by its IATA airport code LAX, with the letters pronounced individually (el-a-ex). LAX is located in southwestern Los Angeles in the neighborhood of Westchester, 16 miles from the downtown core. 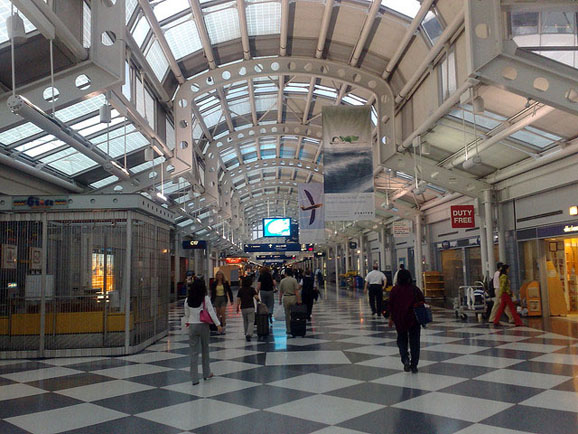 Did your favorite airport make the list? What do you think are the some of busiest airports? Be sure to let us know in the comments below.