Disneyland is gearing up for the the busiest time of the year, but is it already too late for some loyal fans to visit?

“Holidays at the Disneyland Resort” officially starts on November 12, and a look at the park’s Magic Key reservation calendar is already indicating strong demand for the popular holiday season — perhaps too strong. There are almost no reservations available for both Disneyland and Disney California Adventure for the rest of 2021 for Magic Key holders. The lowest-tier Imagine Key currently shows January 9, 2022, the last day of the holiday season, as the earliest available reservation. For holders of the Dream Key, the most expensive tier, things aren’t much better as there are currently no reservations available until January 2, 2022.

Magic Key reservations have become increasingly rare, and it’s no accident. Disney is limiting the number of available reservations, especially during peak seasons, but there are ways to increase your odds of scoring one. 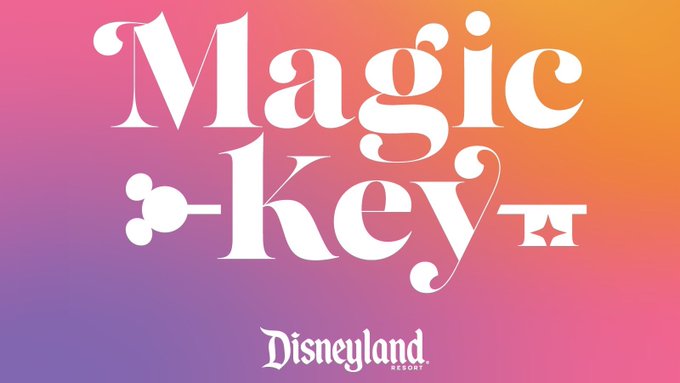 How to Score a Reservation

For reservation-less Magic Key holders looking to visit Disneyland, all hope is not lost yet. The good news is that Disney tends to slowly making more reservations available. The tricky part is just trying to snag one! Here are some tips to help you secure a reservation to Disneyland:

1. Keep checking!
Keep your eyes on the reservation calendar for more spots to become available. Just this past Tuesday at around 10:00am, Disney opened up a big batch of Magic Key reservations for dates in November and December — and they were all mostly gone by 5:00pm. When these reservations “drops” happen is anyone’s guess right now, so check back often. If you’re a fan of spontaneous trips to Disneyland, keep an eye out for last-minute availability as well. Random dates, including for tomorrow, will occasionally become available as other guests cancel their reservations. We recommend checking late at night (around 9-11pm) to snag these cancellations, as many Magic Key holders typically cancel before midnight to avoid a no-show penalty.

2. Weekends are harder to get
If any weekend dates become available, grab them quick! Saturdays and Sundays are the highest demand days to visit Disneyland, followed by Fridays.

For the holiday season, any dates in December (especially the last two weeks of the month) are also very limited — at least for now. Last Tuesday, all December reservations were booked within two hours of becoming available. However, we’re expecting Disney to open up more December dates to Magic Key holders as the month approaches.

3. Book early
The absolute best way to secure a Magic Key reservation is to book early. Way early. We recommend booking your reservations two months in advance to avoid any availability headaches later on. Another plus to booking early: you can plan your trip on days with a better chance of having lighter crowds and shorter lines! Just check the Disneyland Crowd Calendar for the best (and worst) days to go.

So, what exactly is making a Magic Key reservation so hard to get? While Disneyland is always popular during the holidays, the lack of available reservations may have more to do with Disney maximizing park capacity rather than surging demand. Reservations for one and multi-day tickets are still available through most of November and all of December, a clear sign that Magic Key holders aren’t exactly getting priority. This isn’t anything new for Disney fans, as ticketed guests have always been prioritized over annual passholders. With a reservations now required though, Magic Key holders are really feeling the effects of being low on the totem pole.

Magic Key, which replaced Disneyland’s popular annual pass program this year, has helped Disney rein in swelling attendance thanks to its reservation-based admission system. While crowds are largely back to normal, reservation limits have kept attendance levels from becoming too overwhelming throughout the busy summer and Halloween seasons. Park officials are now looking to avoid capacity issues that have long plagued Disneyland around Thanksgiving and Christmas. Still, some Disney diehards have grown frustrated with the new admission process.

Literally what is the point of having a “top tier #magickey” if it’s just like this 🧐 pic.twitter.com/b0XqZhD2RN

Did you know that if you have the highest level of the MagicKey pass, the Dream Key, at #Disneyland, you can’t get a reservation to go to Dland until Dec 31st? What in the fresh hell? The #MagicKey pass and the reservation system is a scam. #firechapek #MagicIsNotHere #disneysad

“It’s a totally different experience from the annual passes,” longtime Disneyland passholder Melissa Anzelone told us. “Even if you plan ahead, you have to be lucky to get the days you want. We booked our reservations for December back in October and still didn’t get the days we originally planned on going.”

“It feels more like a lottery than a pass sometimes,” she said.

Sold Out: Keys to the Kingdom

Even with its reservation woes, Magic Key is proving to be popular with hardcore Disneyland fans. The park has halted sales of the pricey Dream Key, now labeled as “sold out” just two months after debuting. It’s a sign of not only strong demand for the program but also its closely limited supply, as the park continues to keep attendance in check. Dream Key holders have no blockout dates, but still face reservation shortages like the rest of the tiers.

With reservation dates few and far between, Disney is warning guests about availability issues before buying any Magic Key passes.

“We recommend that you check to see if your desired theme park reservations are currently available before purchasing your Magic Key pass. Please note that reservation availability may change after you view the access calendar, and dates that are available at this time may be unavailable in the future,” Disney says.

What do you think of Disneyland’s Magic Key program? Do you think the passes are worth it? What has your experience with the reservation system been like? Be sure to let us know in the comments below!